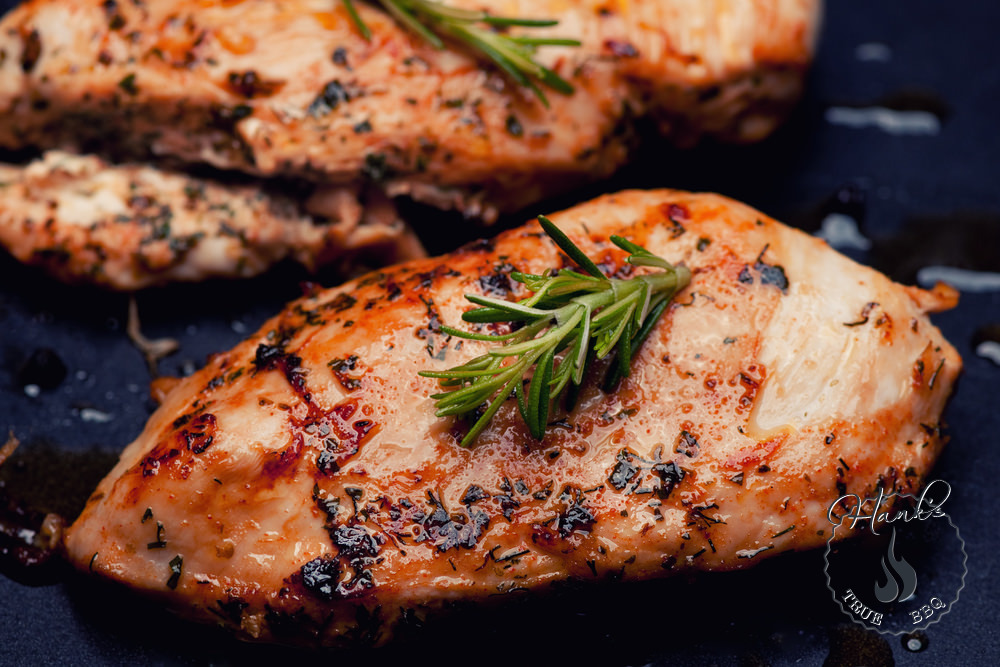 Poultry is great to put on the grill, and it usually is quicker than grilling beef or pork. I either put the whole bird on the grate, or just the breast filets.

When grilling breasts, whether it is goose, chicken or turkey the best way is to treat them just like a sirloin steak. That means grilling them over indirect heat (low), and when they are within 5-10° F from their target temperature, give them a good sear over direct heat.

As for turkey I always inject it with melted butter. Injecting is done with a marinade injector. Turkey can sometimes be a bit dry, and a bit of butter helps with that. Poke it 5-6 times per breast, and a few times in each thigh.

Cooking chicken is usually easier than various cuts of beef and pork. The reason is that it doesn’t need special care or handling for making it tender. When cooking chicken indoors you usually just place it in the oven, and there is no difference when grilling.

The very first thing (as always) is to buy a chicken that has been raises sustainably. There is a big difference in flavor, so don’t be cheap. I usually buy corn-fed chicken from a place I know treats the animals right.

Unpack the chicken, and remove any strings that tie the hind legs together, as well as the small plastic bag with heart/liver that is placed in the abdomen. Rinse it under cold water, and wipe it dry with a paper towel. 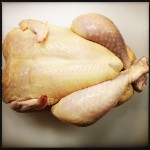 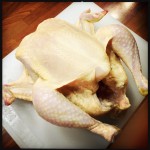 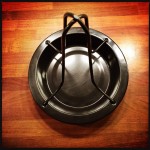 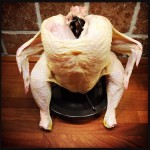 The trick for making a really good chicken, as illustrated in the pictures above, is to use a chicken stand. The chicken stand is well suited for use in an indoor oven too, and it helps in different ways. Firstly, you avoid having the chicken lie in its own juices (in the oven), making it “mushy” on one side. Also the vertical mounting helps cook it more evenly, due to how the heat rises from the bottom of the grill and upwards. Another advantage is that the juices are collected in the plate, which is superb for use in a sauce or as a flavorizer. Remember, it is heated well, so it is safe to eat.

The first thing you might notice is that this closely resembles what is known as  “Beer can chicken”, where you mount a chicken on an opened beer can in the same way. And yes, it is the same principle, but the beer can chicken is a myth (the getting flavor from beer part), so save your beer and use a proper chicken stand instead.

Now is the time to add flavor. There are different ways of doing it, I usually mix spices into some kind of fluid like juice or oil. Spices can be rubbed in, placed underneath the skin, or injected. Usually you inject larger pieces of meat to avoid them drying out when cooking, but also to add flavor inside. For chicken you inject just for the flavor part.

You can mix tarragon, thyme or other spices with oil, usually by mixing them 50/50. That means 1 tablespoon of oil with 1 tablespoon of spices. It is a rather thick mix, but that means it stays under the skin, and doesn’t run out. Use a small spoon and your fingers do spread it as evenly as you can. If there are leftovers, rub the chicken with it. 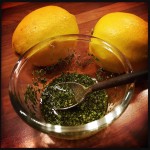 Another good flavor combo is to mix some freshly squeezed lemon juice with syrup (made by mixing 1 tablespoon of hot water with 1 tablespoon sugar, and stirring until the sugar has dissolved). This is great to use as injection. I use an injection needle to help me. Fill the injector with the fluid, and inject in a grid-like pattern with roughly 1 inch distance.

Usually when cooking low n slow you have your grill running at roughly 225° F. That works well for chicken too, but since it doesn’t need tenderizing for a long time I recommend cooking it at 300° F. This gives you a nice crisp skin also.

As with all other meat, you know the chicken is done when the temperature has reached a certain value. In this case you want to cook it to at least 158° F internal temperature. When you check the temperature, make sure you do it in the thickest parts of the chicken. Check both breast and thighs, to be certain. If the juices coming out of the chicken aren’t clear, then you know it hasn’t been cooked properly.

Cooking chicken doesn’t take long. Depending on grill temperature it takes between 1 – 1.5 hours.