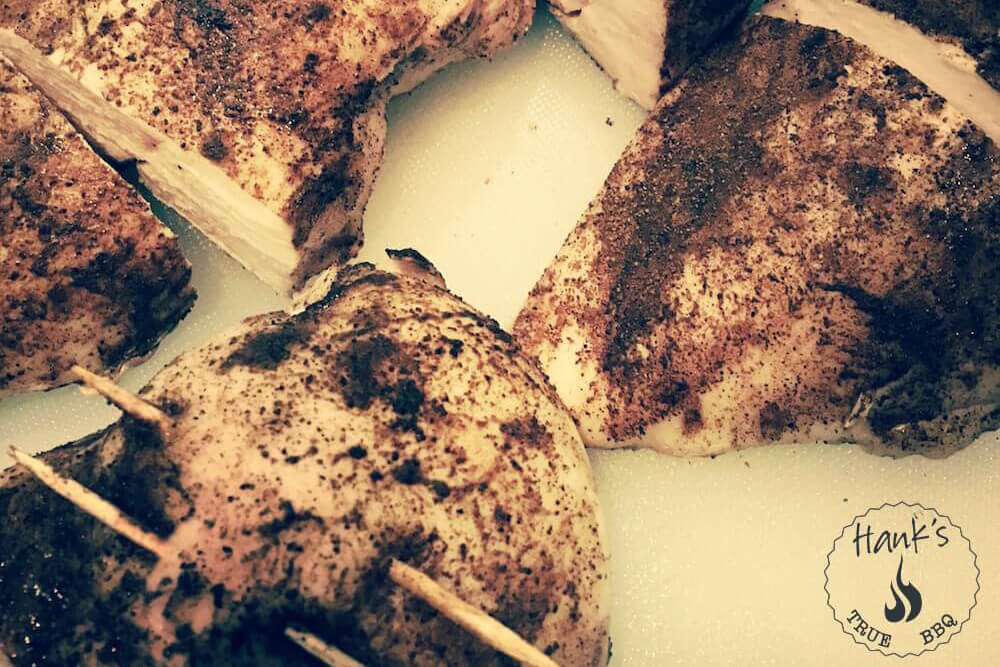 Wet or dry brine? That is the question. Time to deep dive into different options, and see if there is an obvious winner. To get a little more background on salt and how to brine, read more here.

In order to compare four different brines were made, two wet and two dry. I used chicken breasts because they’re neutral in flavor.

When making a wet brine I aim for 5-6 % salt level. For dry brine I recommend 0.5 tsp salt per pound of meat. In both cases I wanted to add variety to see how it affects flavor.

I weighed both chicken, water and salt on a set of scales to get it just right. The wet brine was made with exactly 18 oz (500 g) water.

Let the brine get to work

All four chicken breasts were covered with saran wrap and placed in the fridge for 24 hours. 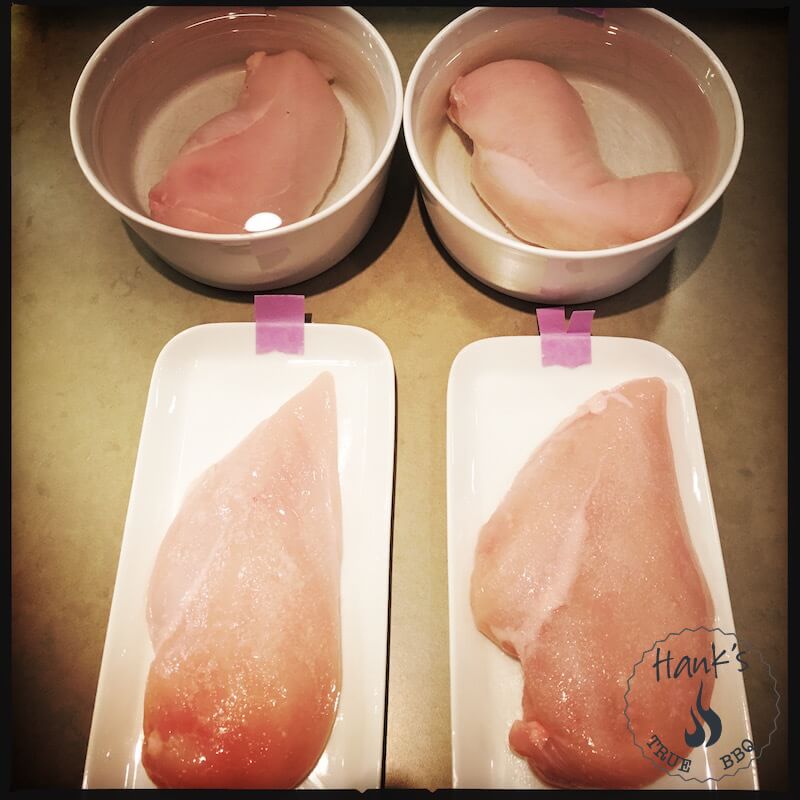 The chicken breasts were cooked in the middle of the oven for perfectly even temperature. The oven temp was set to 300° F (150° C), and I left them in the oven until their inner temperature was 160° F (70° C).

I cut out to slices in the middle of each chicken breast. This was done to avoid any thin end point (with possibly too much salt) biasing the tasting session.

Was there any difference between dry and wet brine? I don’t think so. Also, the dry brine is so much easier to apply, so if there ever is a winner in a test like this it will have to be the dry brine.

Can the dry 0.5 tsp/lb brine be considered equal to the 5 % wet brine? Well, roughly. That wasn’t my intention initially, that each salt level would match each other for dry vs wet brine, but after various tasting session I would say they’re pretty close.