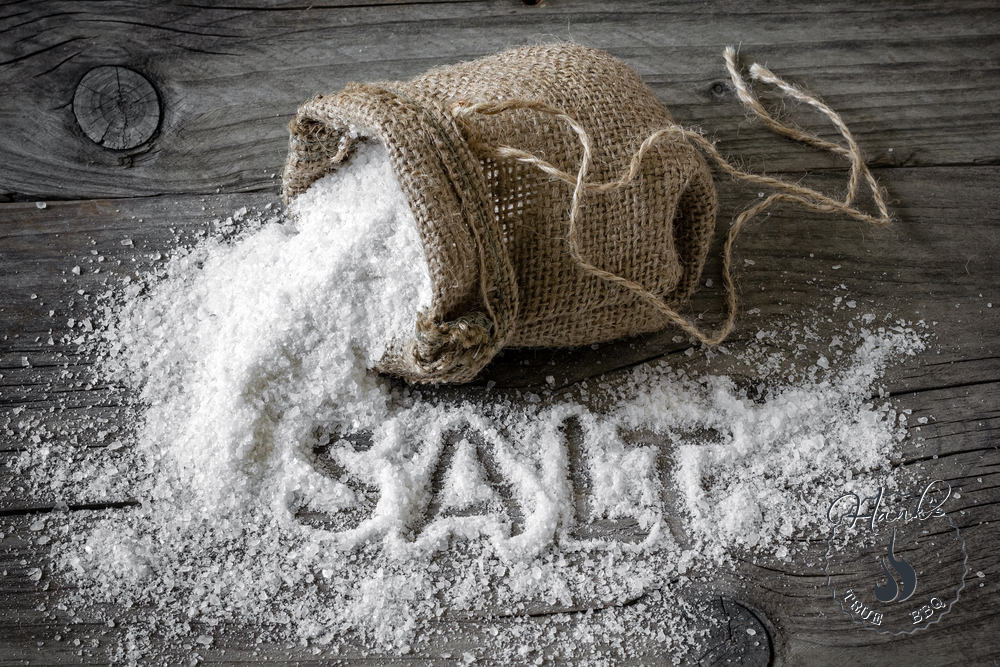 Salt must be the most common spice ever, and for a good reason; salt is a flavor amplifier.

It is a bit like buying a power drill; you don’t need the drill itself, it is the hole in the wall you’re after.

It is the same with salt, it amplifies the other flavors (the meat’s own, as well as any added spices). The salt also helps retain fluid. So with that in mind, let’s put brining to use.

Brining is a classic technique where you put the meat (beef, pork, poultry) in a wet brine consisting of water and salt. The salt level is typically 5-6 %. Brining makes the meat absorb salt, due to the salt levels being higher in the brine than in the meat. The meat will also absorb some of the fluid. This is a well functioning process, and you amplify the flavors in the meat. It is a bit messy though, as you leave the meat in the brine for at least 24 hours or more. For a larger piece of meat (like turkey, brisket et.c.) it requires you to have ample space in your fridge.

I’m making the assumption here that 1 liter of water weighs 2.2 lbs (1 kilogram). It does weigh exactly that much at 39° F(4° C). The volume will be slightly different at room temperature, but the difference is so small it is negligible. The amount of sugar is 1% (measured in weight). The sugar balances the saltiness slightly. I use nitrite salt to get that nice red color, but if you can’t get it, regular salt works just as well.

To dissolve the sugar and salt, place ingredients in a pan, and bring it to boil. Stir with a spoon. Let it cool off completely before using (important for food safety).

This is a slightly newer technique which skips the water. You simply sprinkle salt on the meat, leave it for (at least) 2 hours, but preferably overnight. The salt is applied all over the surface of the meat, the recommended amount is 1/2 tsp per pound of meat. If you’re cooking ribs, remember there is a lot of bones, so half the amount of salt. For ribs, use 1/4 tsp per pound instead.

But wait, this contradicts everything I’ve learned? Doesn’t this dry out the meat?

No, it doesn’t. Dry brine works just as well as wet brine, but is easier, and less messy. Initially the salt will draw water from the meat. You can see that within 15-20 minutes after salting, when the surface turns shiny/moist. But if you wait till after 45 minutes, the meat will re-absorb the fluid, and the salt with it. This means the salt now resides just beneath the surface of the meat. It won’t penetrate any deeper, until you apply heat. Then the salt molecules will penetrate deeper.

This is why almost all marinades are based on soy sauce (=salt), and the recommended time for marinading is at least 2 hours.

See pictures below, taken with a 10 minute interval to illustrate (click to enlarge). 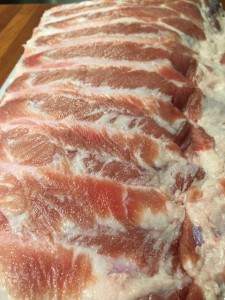 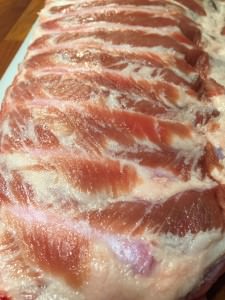 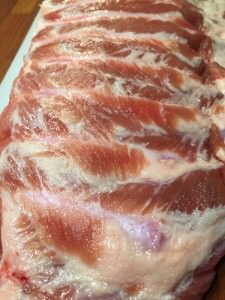 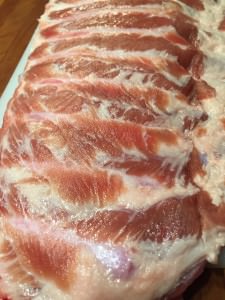 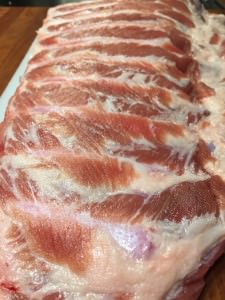 Dry brine, 40 minutes. Juice and salt reabsorbed into the meat.

How long should I dry brine?

Well, overnight usually. But if you’re short on time, at the very least 2 hours.

The simple reason is that using a brine, dry or wet, means you bring out maximum flavor.