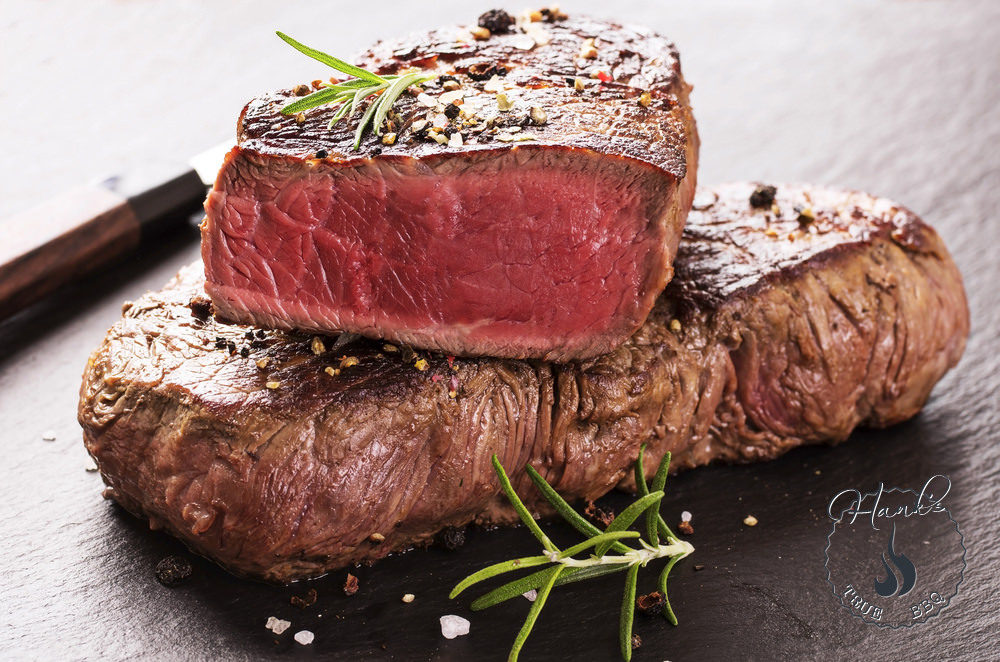 The steak manual is written to guide you through the steps needed to create a superb steak. It is easy, actually, just follow the instructions below. They apply on all types of steaks, whether you have porterhouse, tri tip, sirloin or tenderloin. I’m using sirloin here as an example.

Begin bry dry brining the steaks. This ensures you maximize the meat flavor. 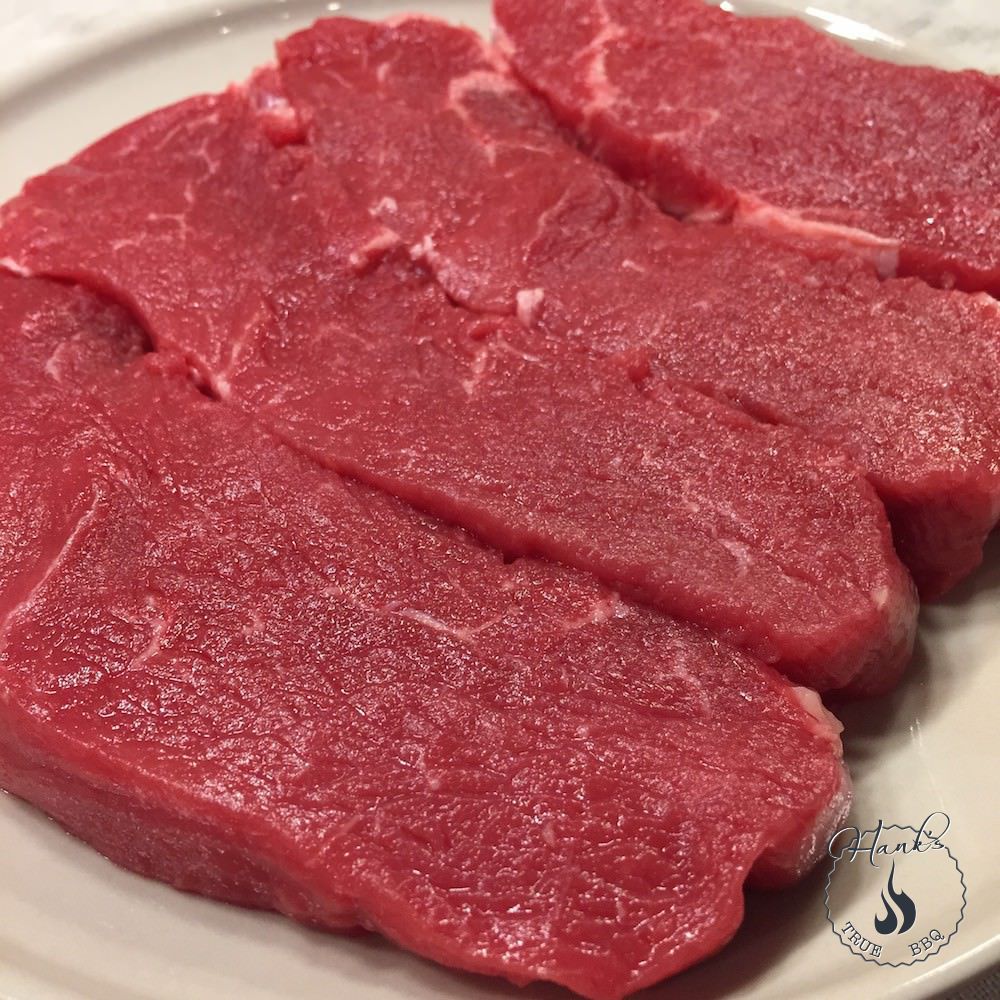 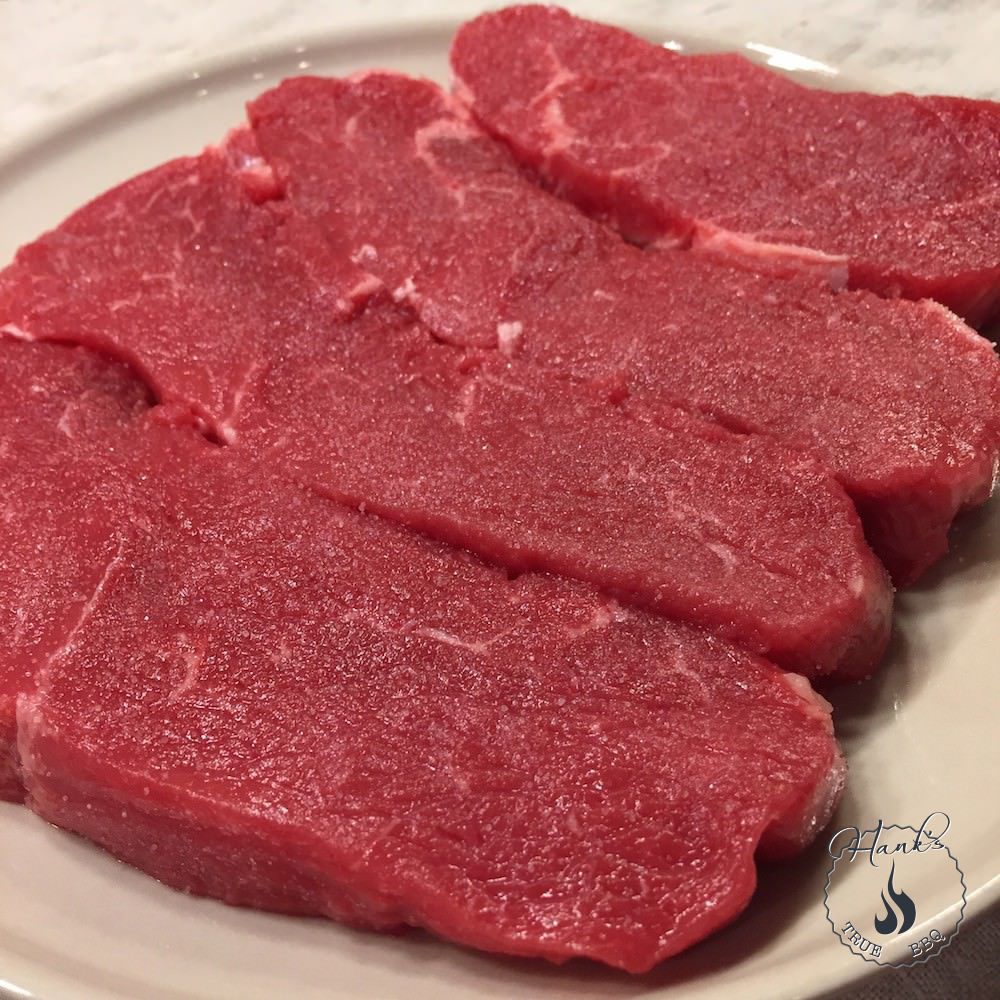 Sirloin steaks with dry brine applied. You can see the salt particles on the surface.

Let the brine work its magic for at least two hours. You do that by leaving the steaks in the fridge, but don’t cover them with saran wrap or foil, they should be out in the open.

Once the brine has done its job, take them out and cook them either over indirect heat on your grill running at 225° F, or in the oven, also running at 225° F. Do not sear the steaks first. We will apply the reverse sear later. Cook them on indirect heat until they are 10°-15° F from their target temperature. For these sirloin steaks the target temperature is 136° F, so I removed them when their temperature is 123° F.

Here’s what it looks like after cooking the steaks on indirect heat. They are a bit gray or pale, but the important thing is that the surface is dry. This helps us get a good crust when searing.

Now is the time to get your grill all stoked up for high direct heat. You can do that in several ways, the easiest is to open all vents and the lid. A tool like BBQ Dragon really helps here, it is a small fan that gets your charcoal from “low ‘n slow” to atomic blast in no time. If you cook steaks in the kitchen, simply use the frying pan. Add a just a bit of oil or ghee if needed. Oil or ghee allows for searing at higher temperatures than butter. 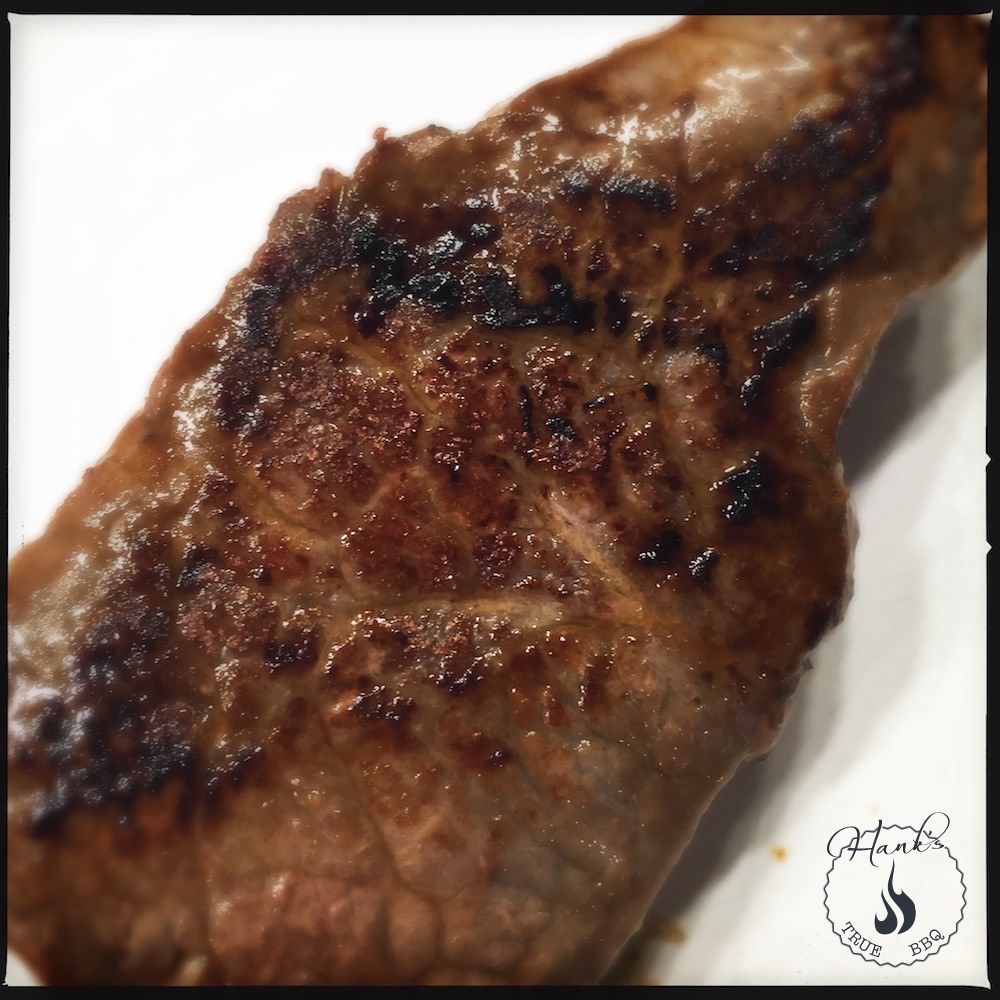 Give the steak a good sear. It shouldn’t take longer than a minute or two on each side. After you have seared, it is important to let the steaks rest. This allows for the meat juice to “settle”, so it doesn’t all seep out when you first cut it on the plate.

That pretty much summarizes the process. If you want to earn bonus points I strongly suggest using a board sauce/resting butter while the steaks are resting. This allows you to take the flavors to the next level. Mix oil and your favorite spices/herbs, and apply on the steaks.