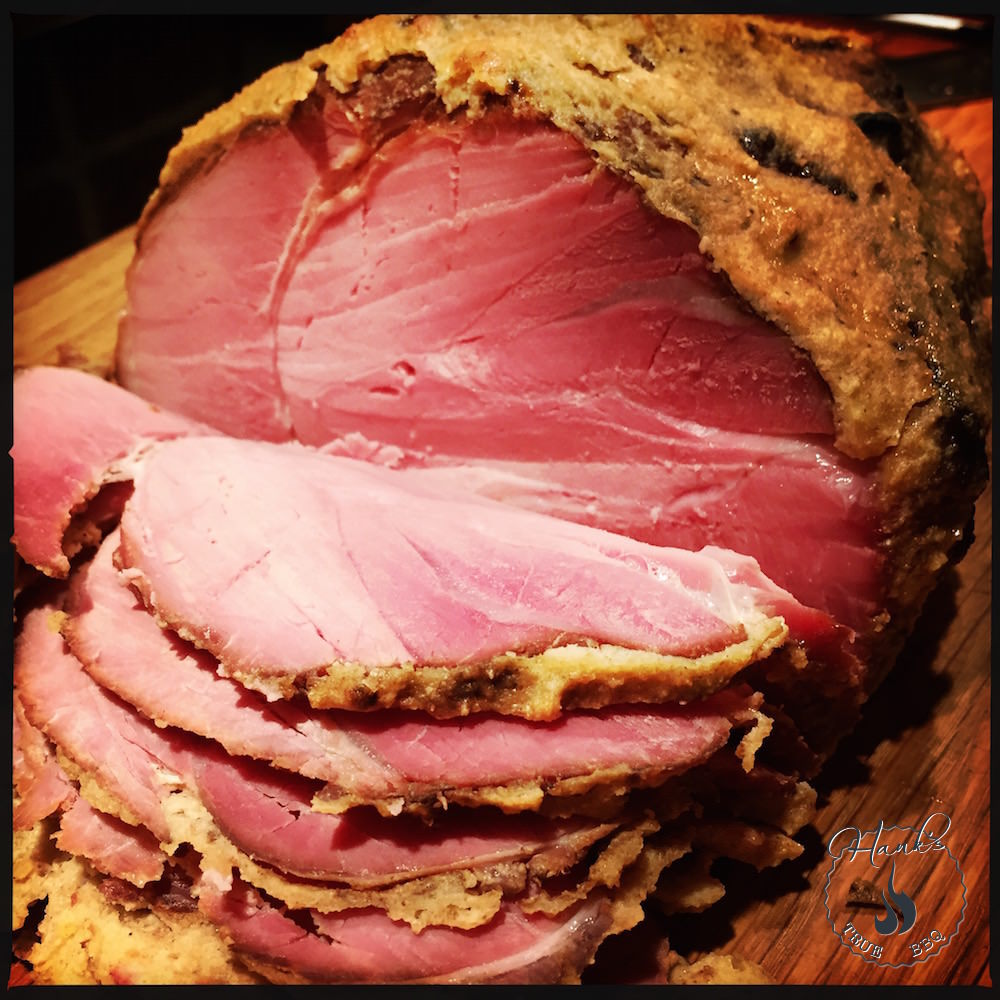 Why not cook your Christmas ham on the grill this year? It is just as easy, but adds that extra smoke flavor. Calculate roughly 45 minutes per pound. If you instead want to try a ham recipe with a golden syrup glaze, check this one out.

Before doing anything, make sure to check if the ham has been brined or not. This is important. If you buy a ‘raw’ ham directly from your butcher’s then you need to brine it first. Use a wet brine, 6 – 8%.  Why is this important? Well, if the ham isn’t brined at all it will taste flat. You need the salt to bring out flavor. And if it has been brined already at the store and you place it in a second brine, it will be way too salty.

Remove the skin from the ham. Apply a thin layer of mustard or vegetable oil on the ham, and rub it with your favorite pork rub and brown sugar. Prepare the grill for indirect heat, run it at 225° F. When the grill is hot, place the wood chunks on the burning coals and place the ham on the grate with a thermometer in it. Smoke it until the inner temperature hits 149-151° F. It takes approximately 3.5 hours. 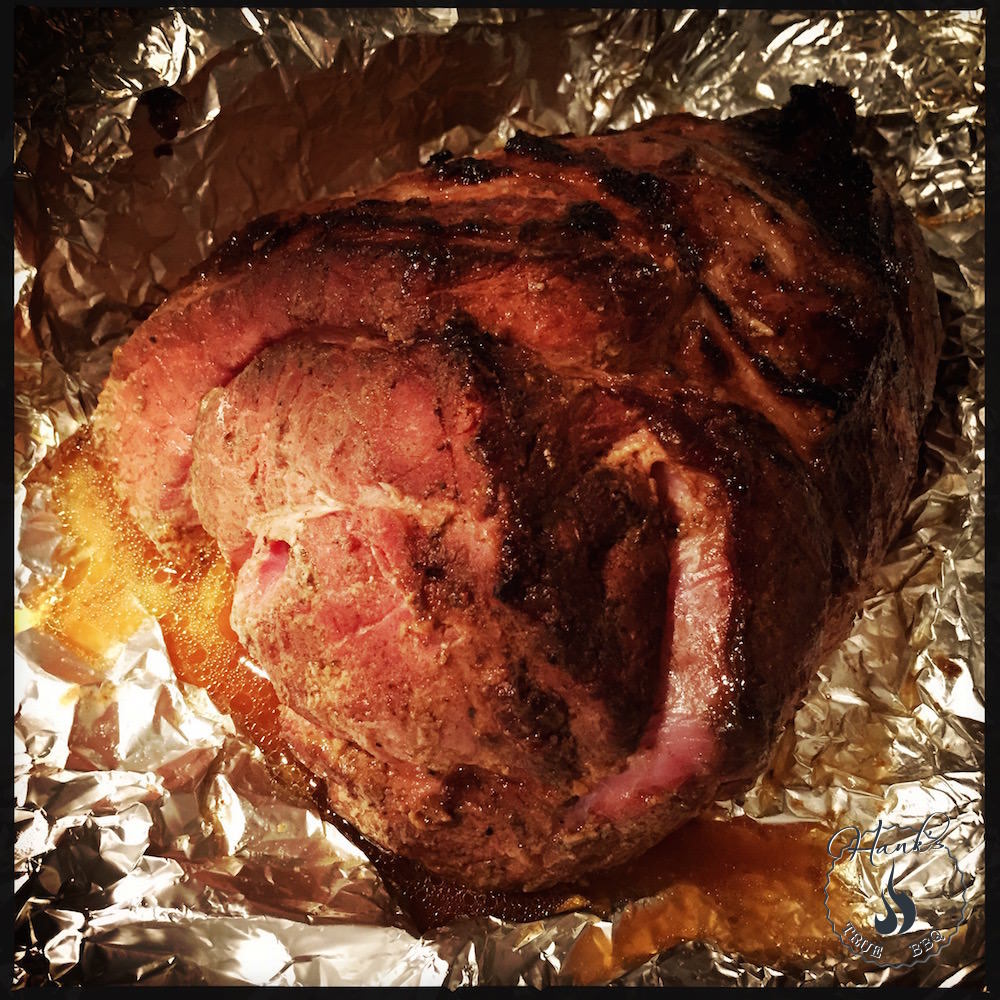 Smoked ham, after resting roughly one our.

When it is done you wrap it in aluminum foil and a bath towel and let it rest for roughly an hour. 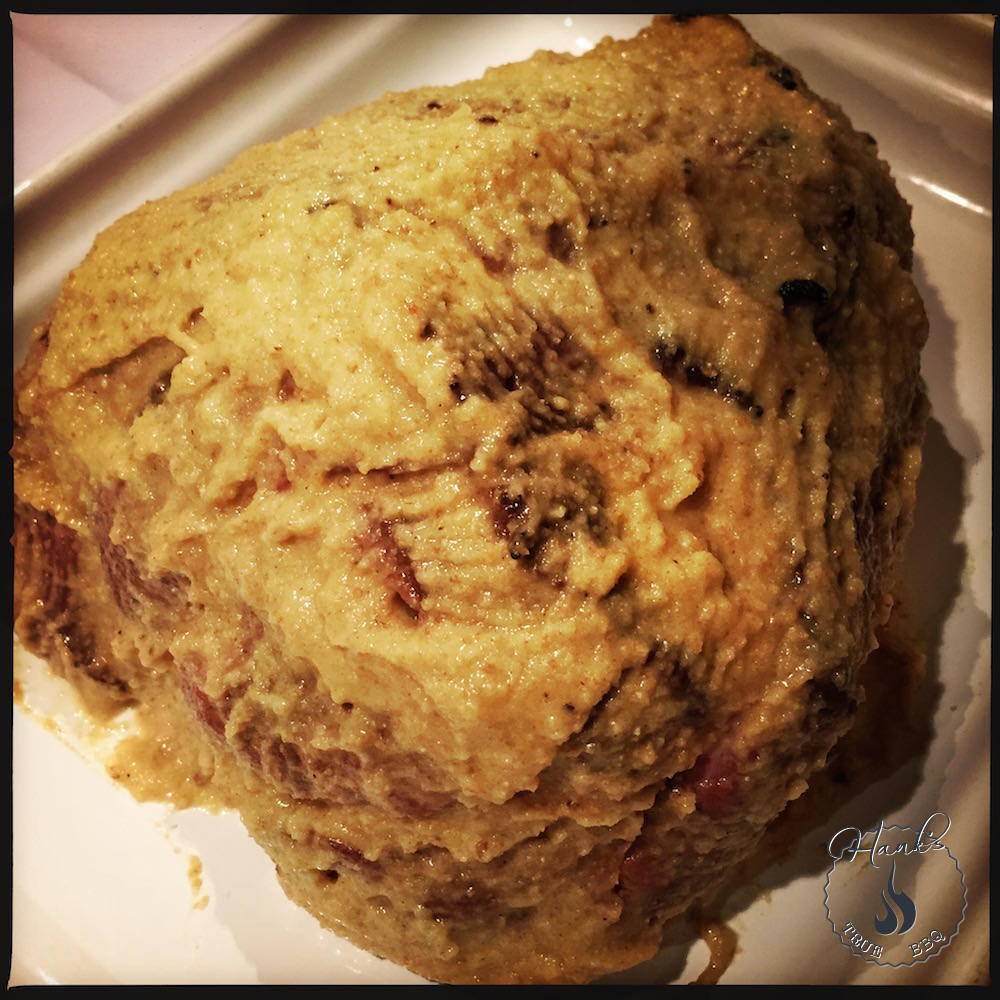 Turn on your oven, set it to 440° F and mix the crust mixture together. Brush the ham liberally and grill it in the oven for 15 minutes. Done!

Here’s a video showing you how to smoke that ham. This video has one small difference from the recipe above: we inject the ham with glögg! Super tasty: